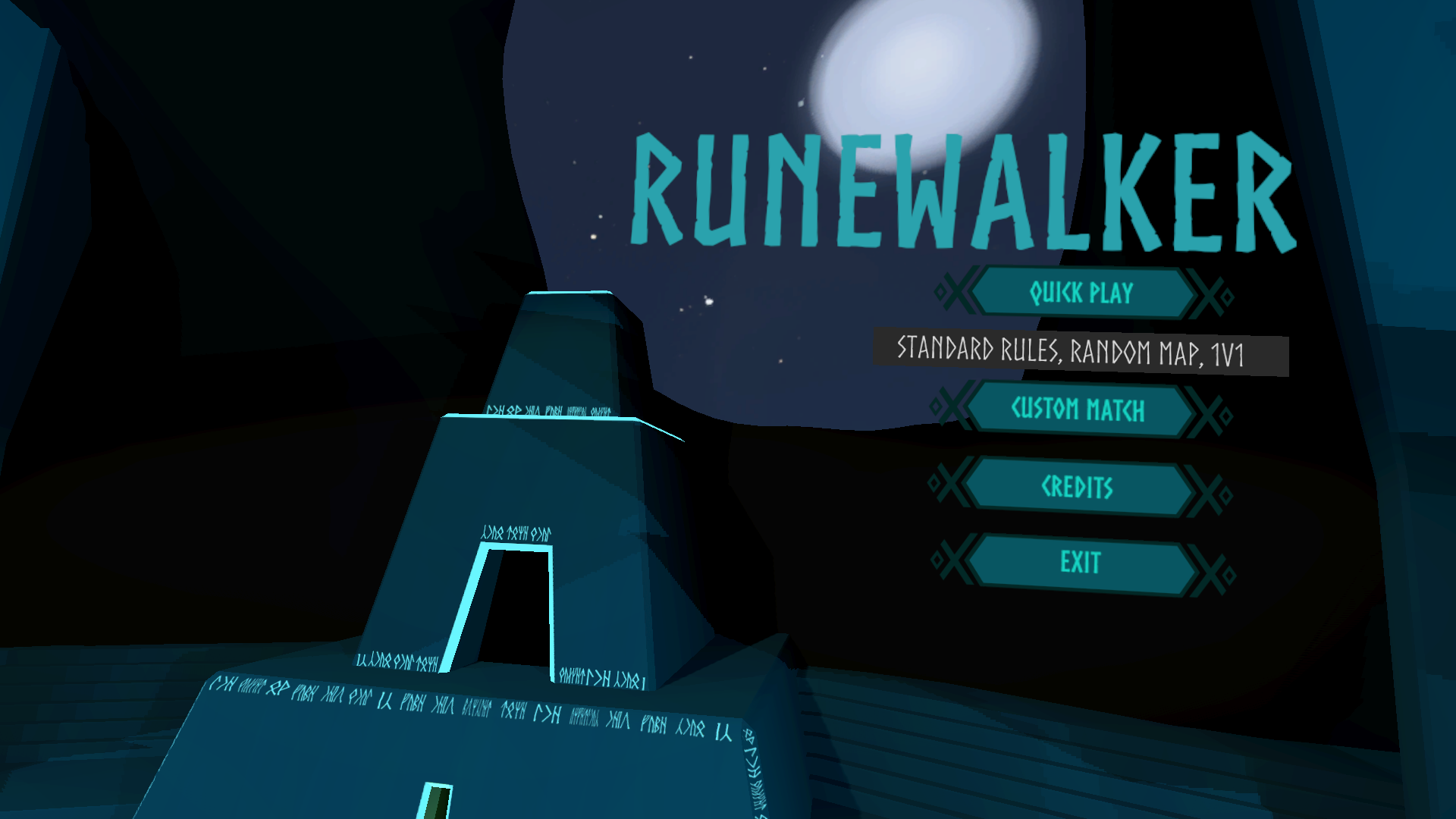 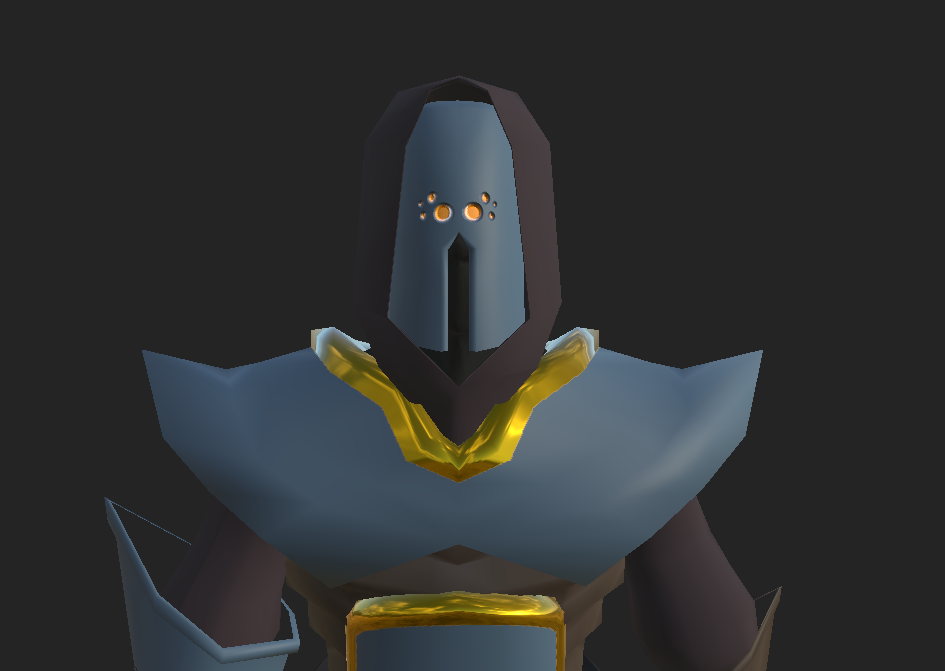 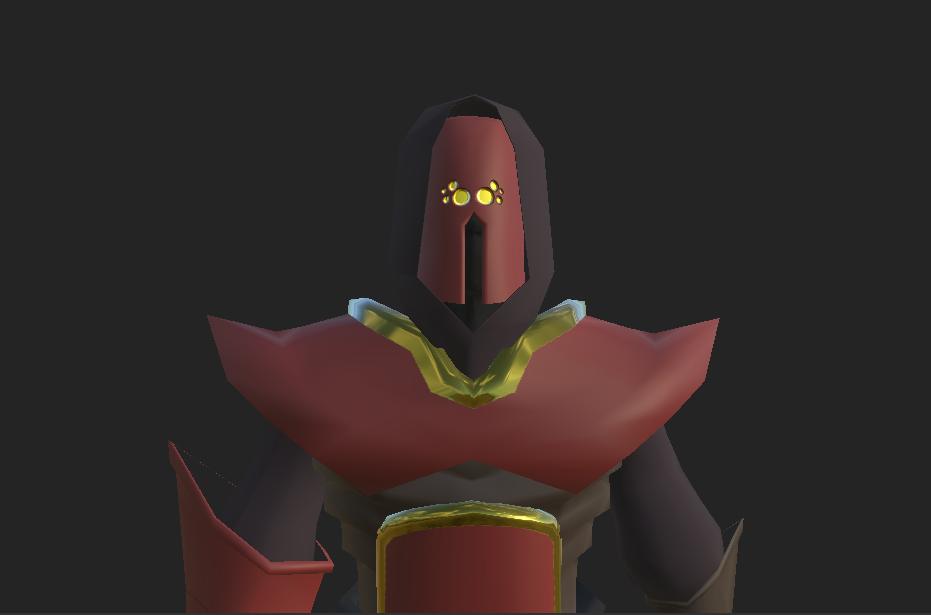 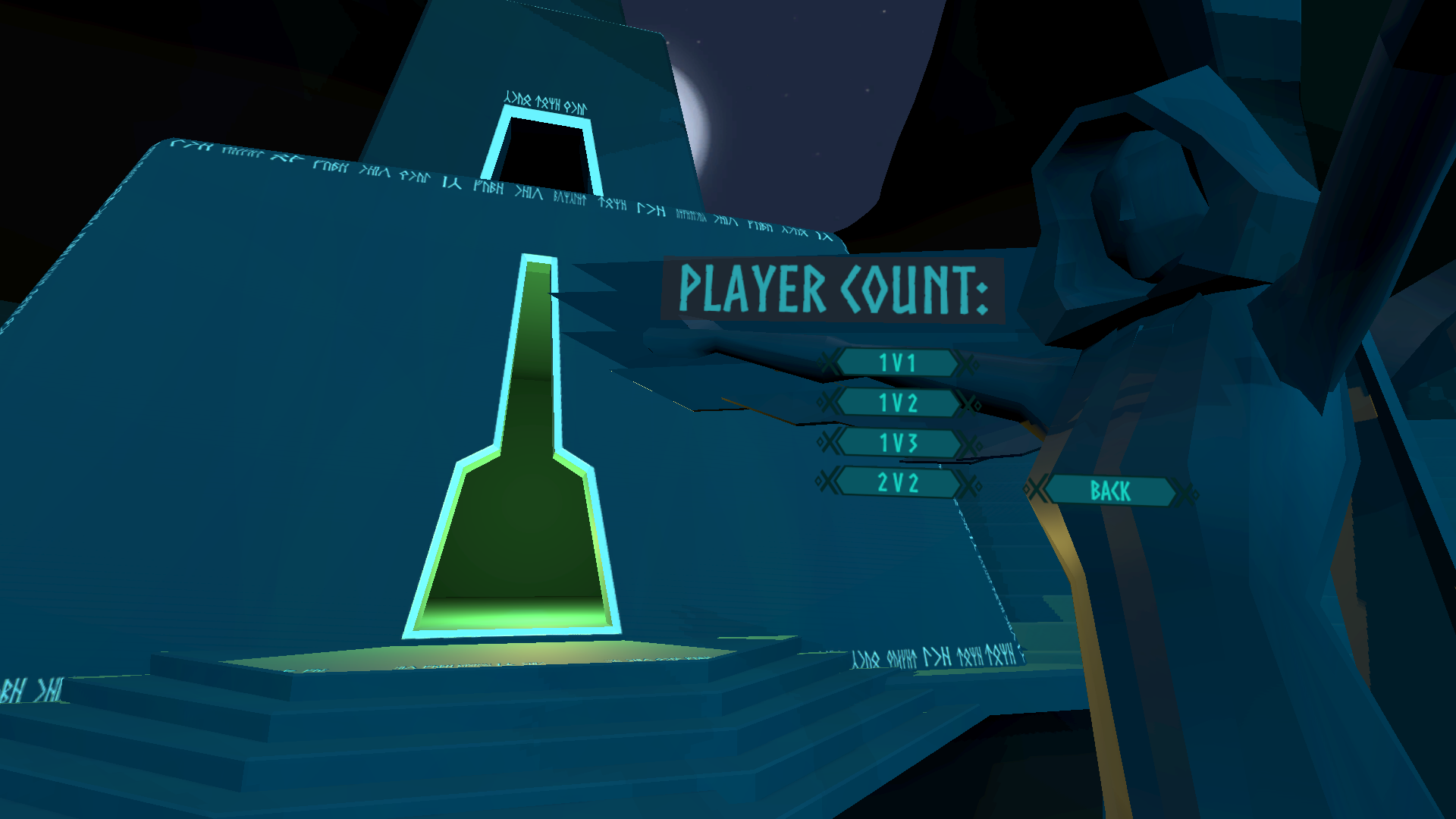 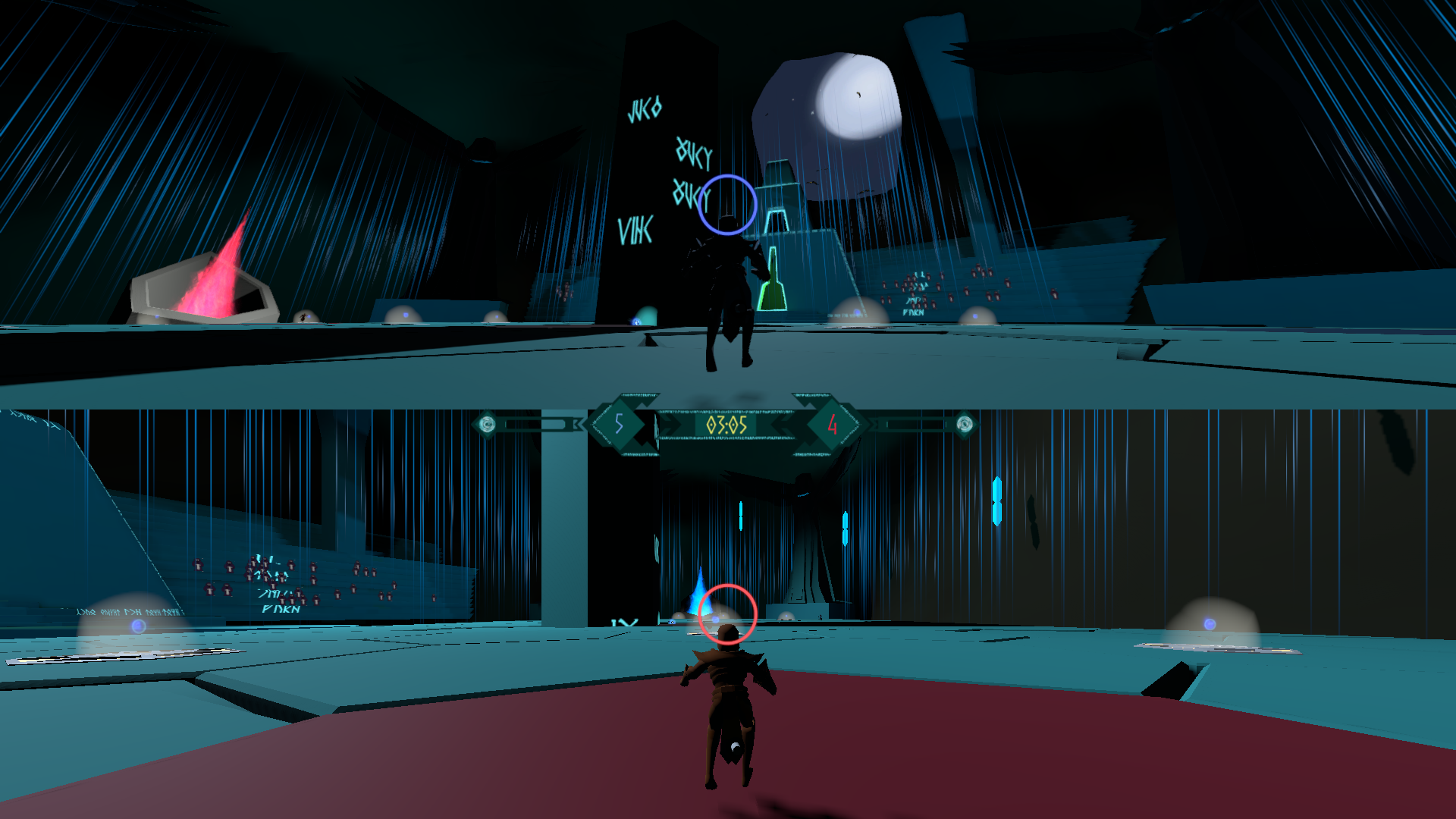 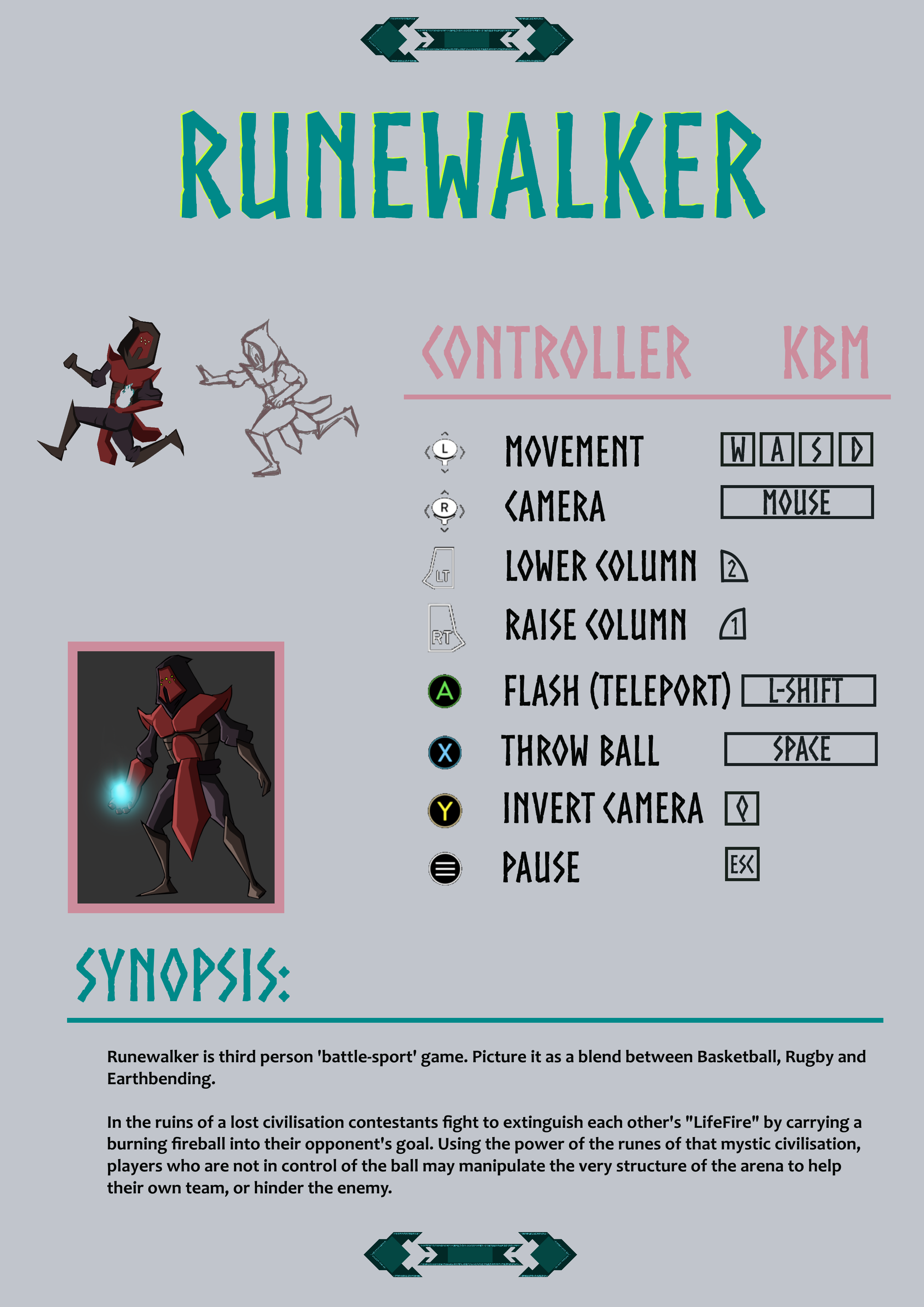 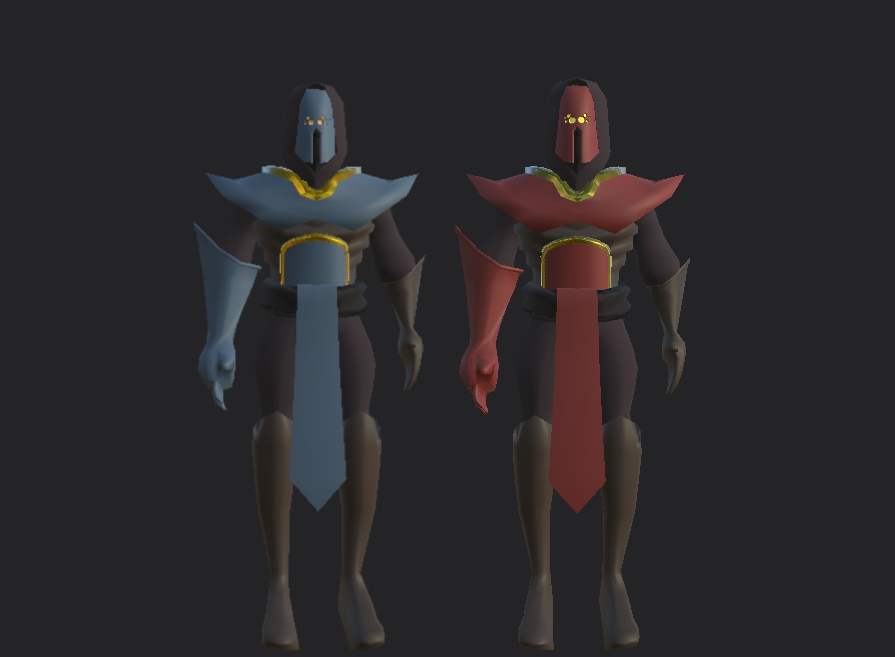 Set amongst the fading glory of a mythic civilisation, the remnants of a waning tradition live on. Tucked in the mouth of a forgotten cave, an ancient temple still stands. Below, stretching out in front of it—connected only by the Bridge of Victors—lies one of the last few functioning Arenas.

Bounded by forcefields stretching out from the tips of the Stone Valkyries' wings, which stand guard at each corner, this is where fates are made. This is where the Game becomes the Verdict. This is the proving grounds of the Runewalkers.

Wielding the last sputtering bursts of the power that once held their ancient civilisation together Runewalkers battle it out across the Arena, using their runes to manipulate the structure itself. With their Powerglove shielding them from it's crackling power, Runewalkers hope to dunk the Arcball into their opponent's Life Fire, in order squelch the flames that dwell there. Only victors shall walk away from under the gaze of the Valkyries.
Use the runes. Bend the Arena. Become a Runewalker.

Runewalker can be played with 2–4 players, either all on controllers or with one player playing via keyboard, across two different maps, in two different game modes, and with a variety of modifiers.

Take to the fight in two different Arenas, as you try to determine who walks over the Bridge of Victors—and whose Life Fire gets to burn another day... 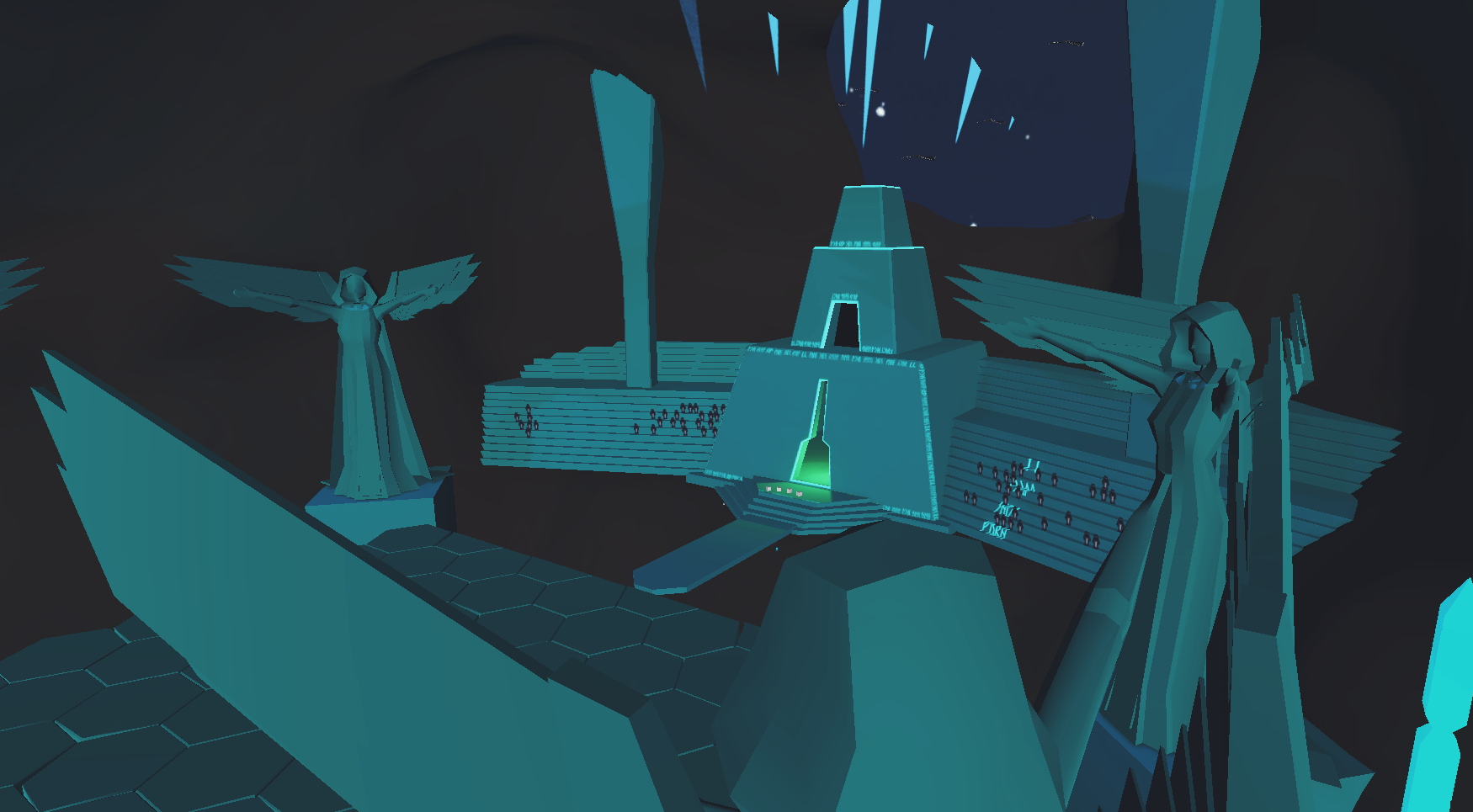 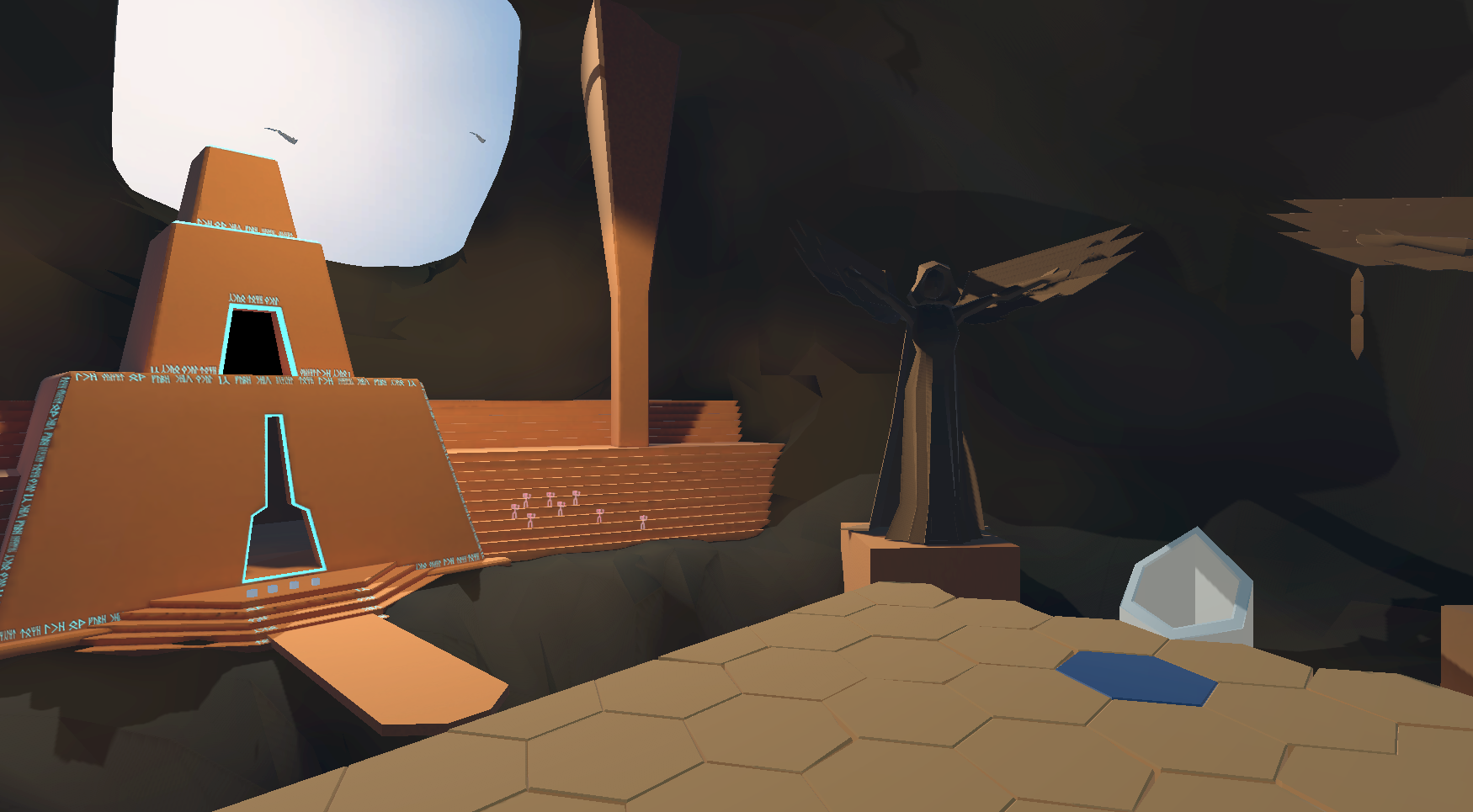 Possessed Hexes is a secondary arcade mode included in Runewalker, where the Hex Columns themselves are 'alive' and move sporadically, adding another element of complexity and strategy to the Game happening under the wings of the Stone Valkyries.