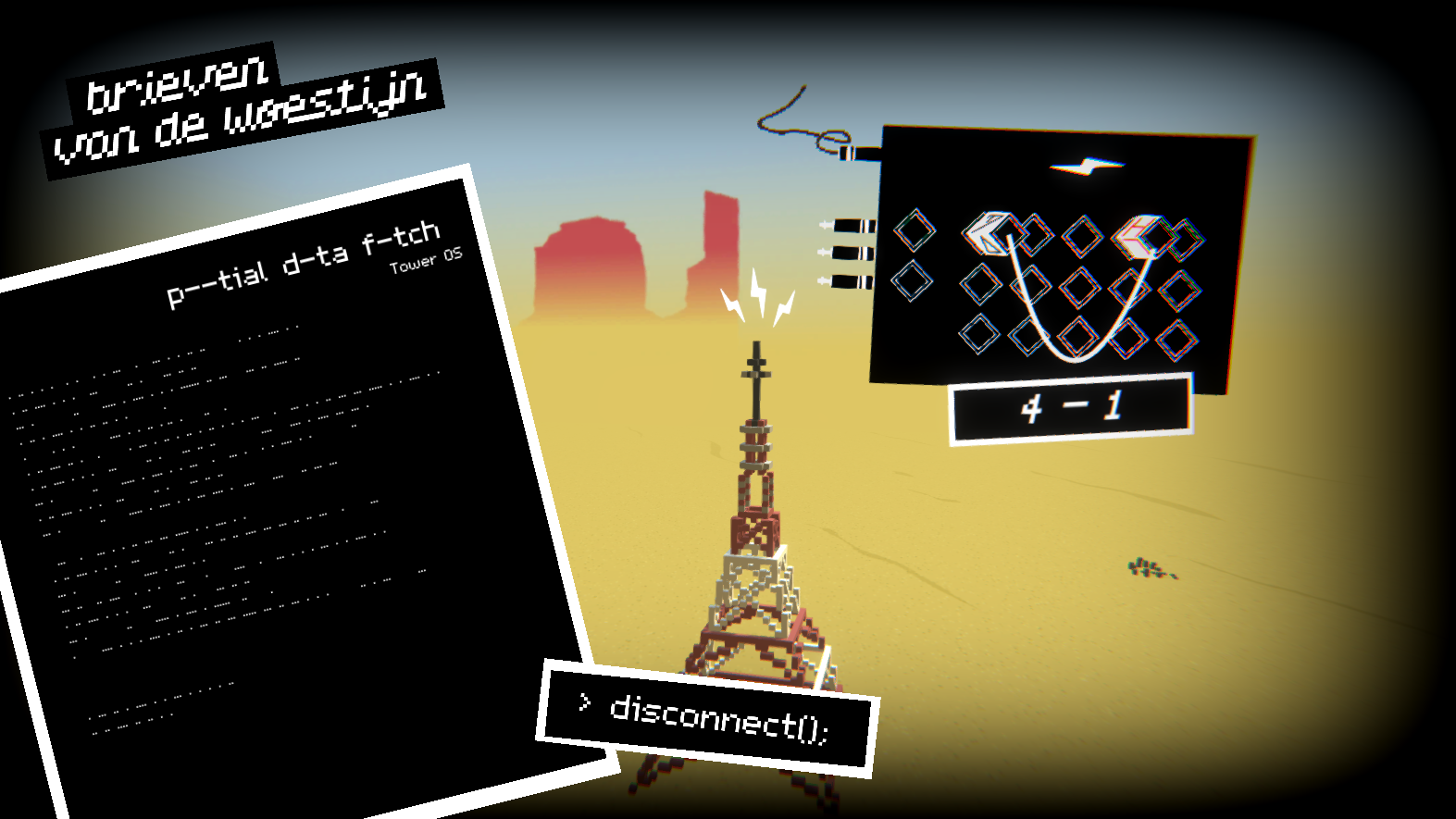 A decaying archive of the world's final letters.


brieven van de woestijn ("letters from the desert") is a piece of interactive fiction. It is an altgame in the form of an epistolary.

Before you stretches a sea of sand. You stand in the midst of a desert. Looming like a proud spire above you is the crumbling remains of a Radiotower. You mount the ladder and ascend to the operating booth. Decaying, but miraculously still active, sits the old Operator's switchboard. Tower diagnostics report that the Tower's internal archive—which logged all previous transmissions through the Tower—is still at least partially active.


brieven van de woestijn sees you operating the barely functioning switchboard of a crumbling Radiotower. By connecting nodes together with the provided wires, you can access data stored in the Tower's archive.

A full soundtrack was provided by the wonderful gpsychosis. The Official Soundtrack playlist can be found here. It is comprised of the following tracks:

Originally made for the 12,018 GGJ under the theme of “Transmission” and completed during the summer of 12,020. 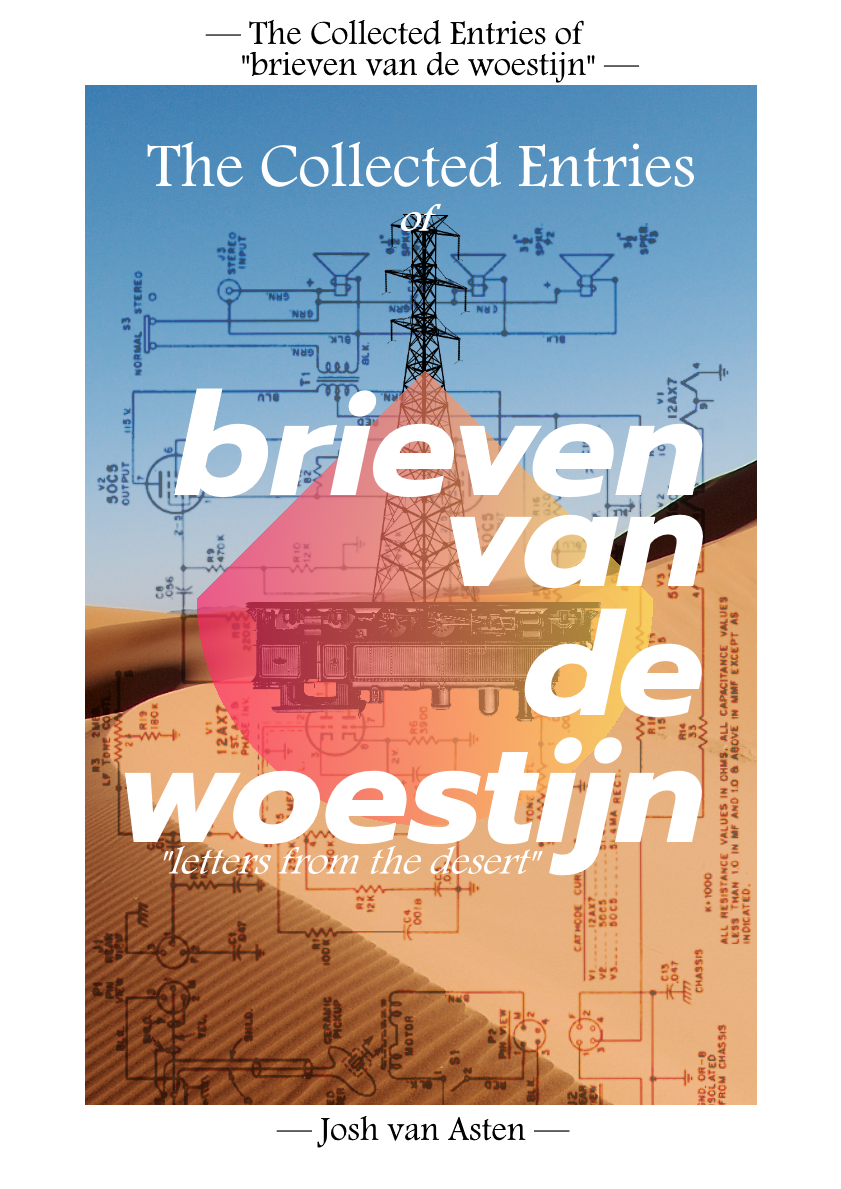