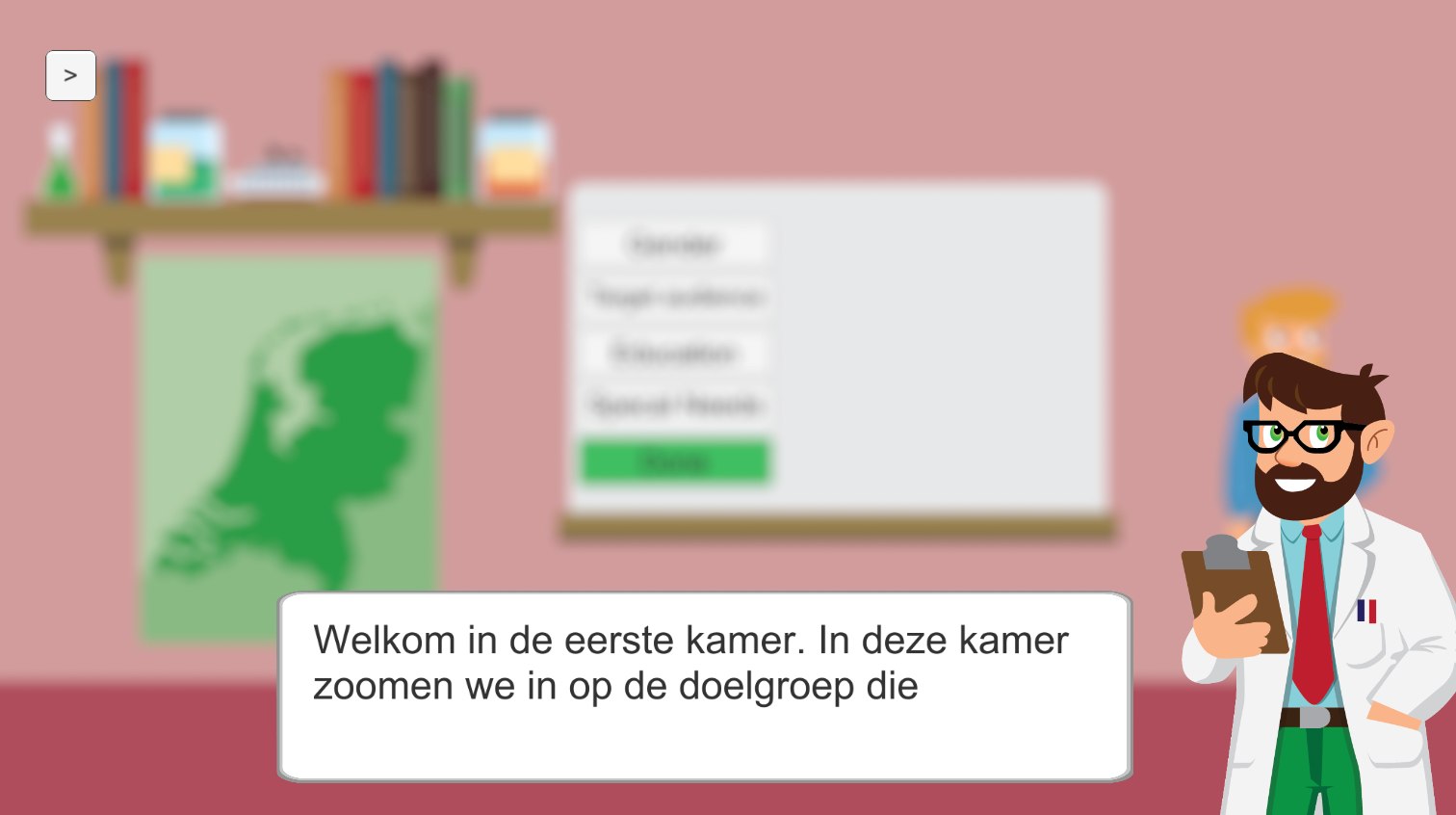 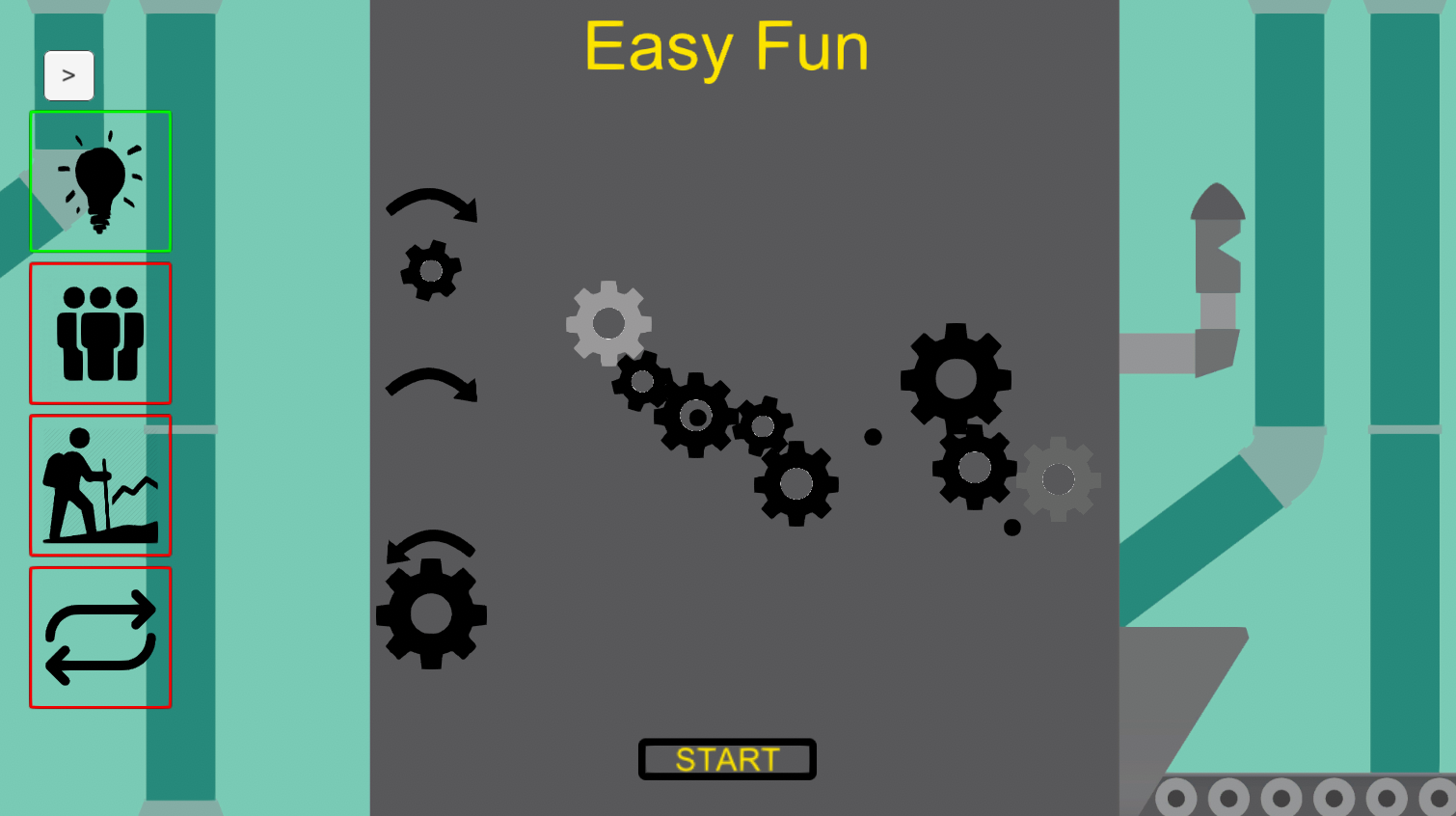 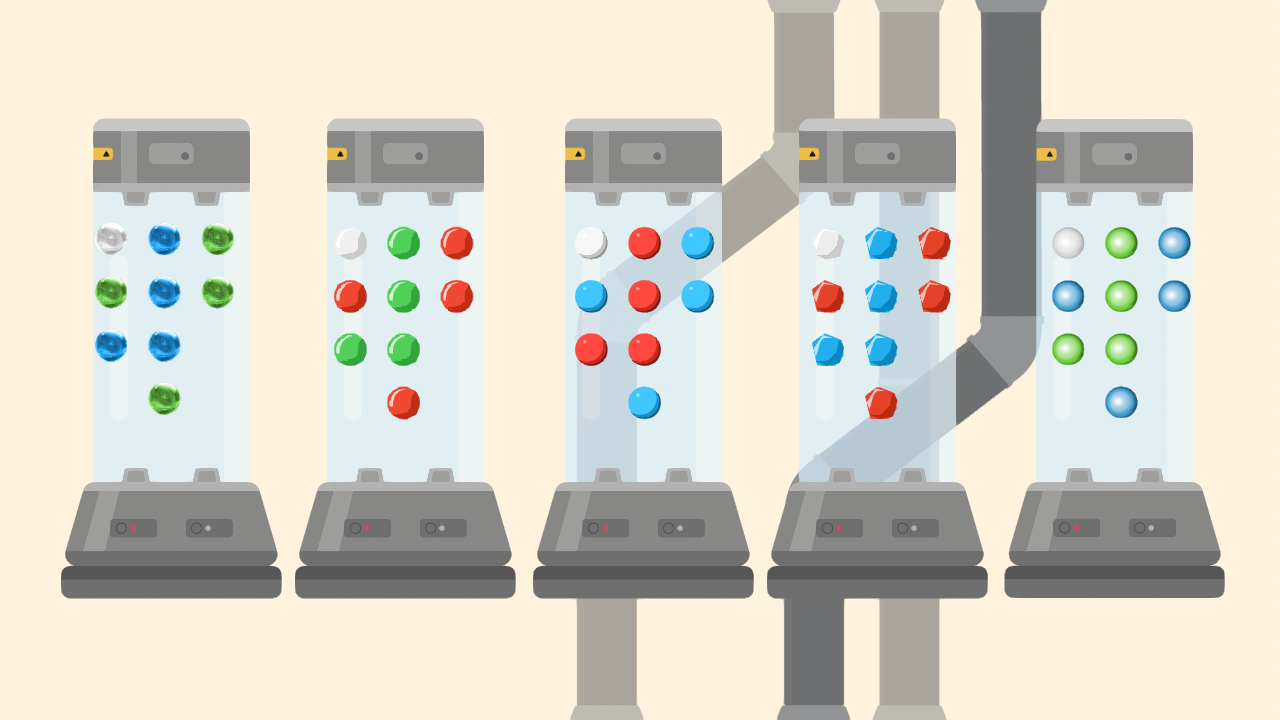 A introduction to game development concepts.


Gamelab Kit is a mobile, introductory experience to game development. It is a serious game.

Gamelab Kit was designed to serve as a helpful tool for Gamelab Oost, an organisation which focuses on the creation of serious games. It is meant to showcase some of the considerations and decisions needed when producing a game, especially to those who might desire a game as a product—and have certain demands for it—without realising the considerations and choices that are made during development.


The player takes the role of someone being given a tour of a literal labratory building, a spin on the concept of Gamelab itself.

As they progress through the different labratory rooms they are presented with simple concepts such as genre, target group, or accesibilty vs immerision. By solving puzzles they link together related concepts and are asked to recall them by the virtual tour guide later on.