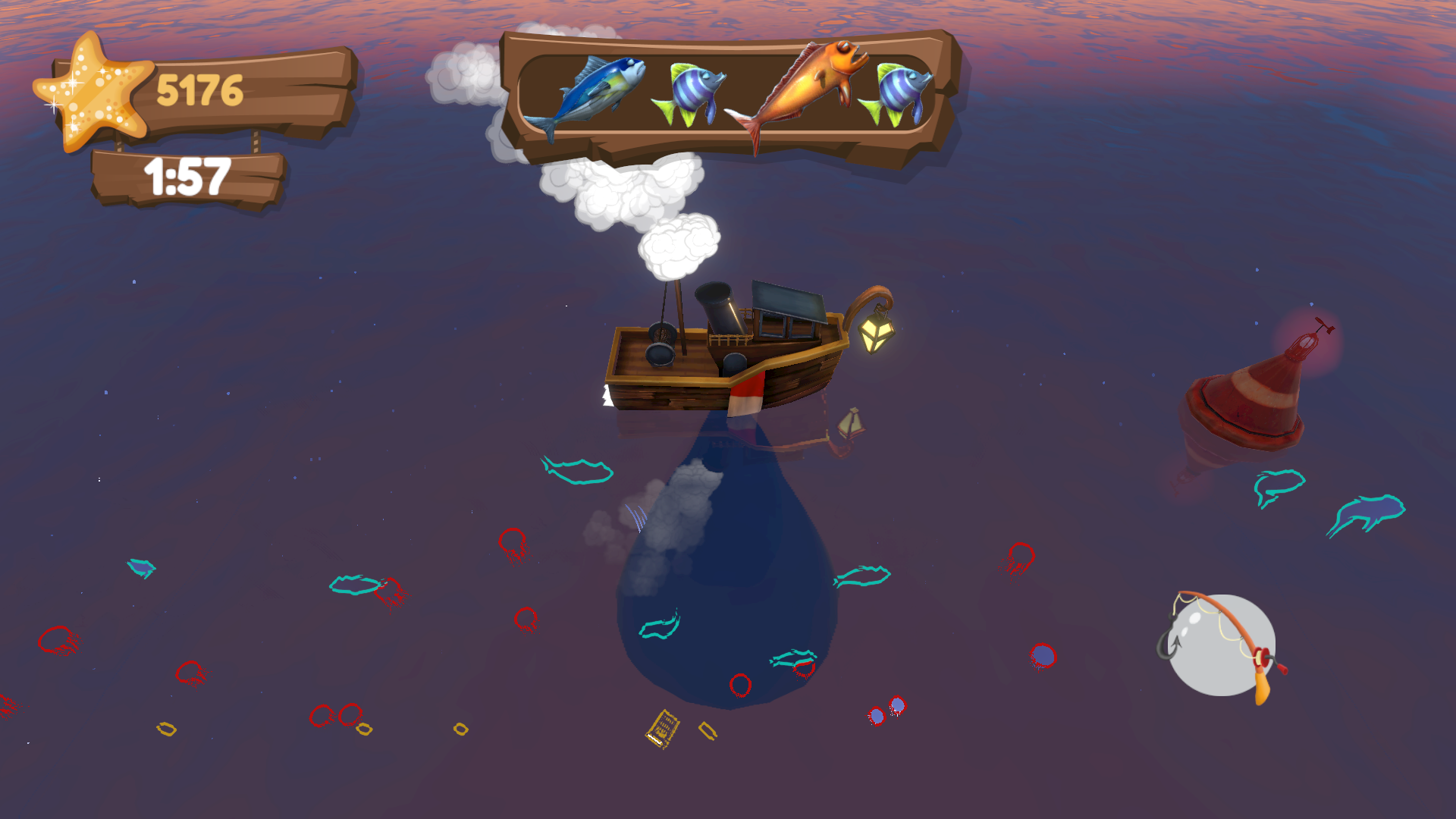 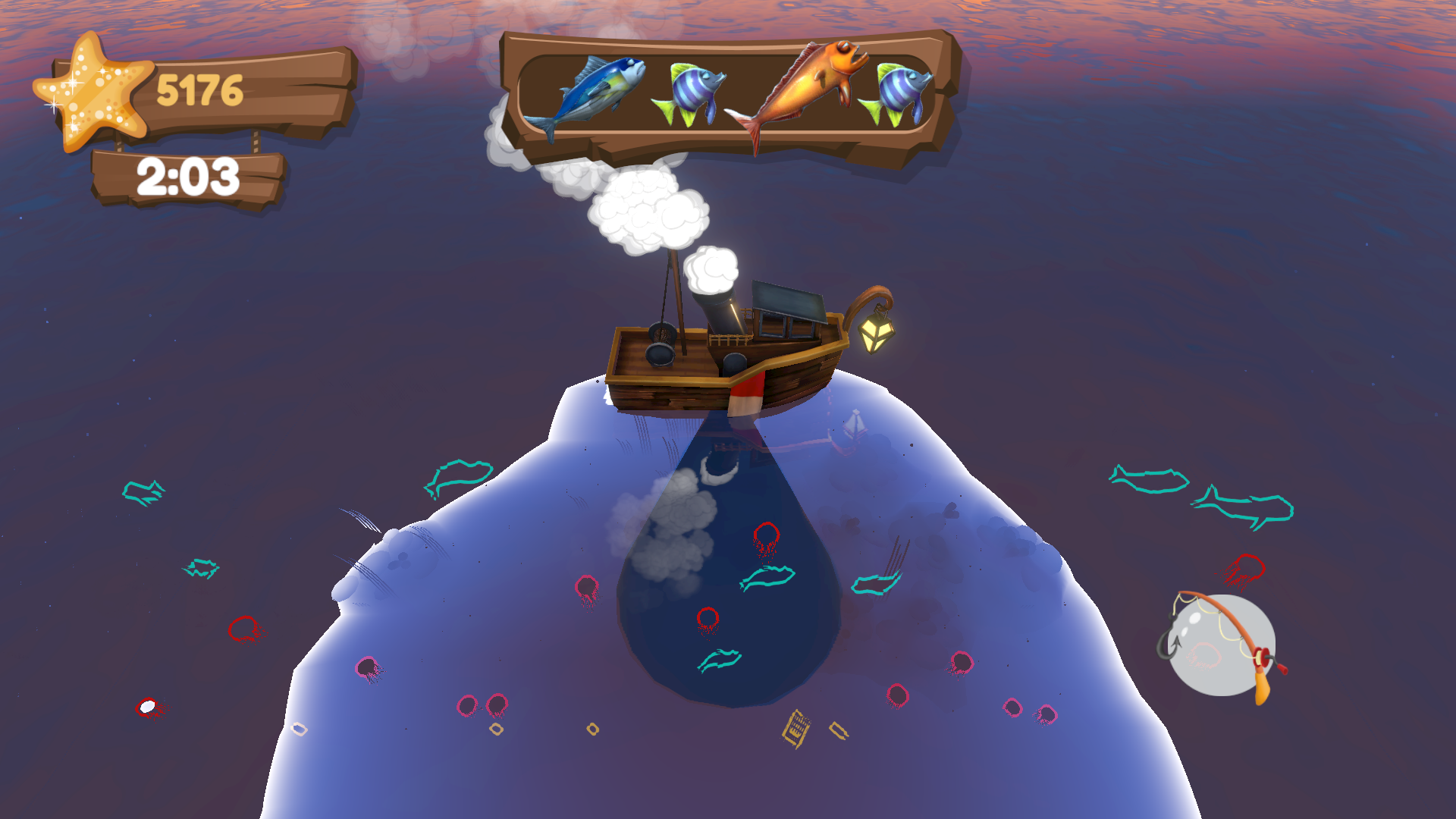 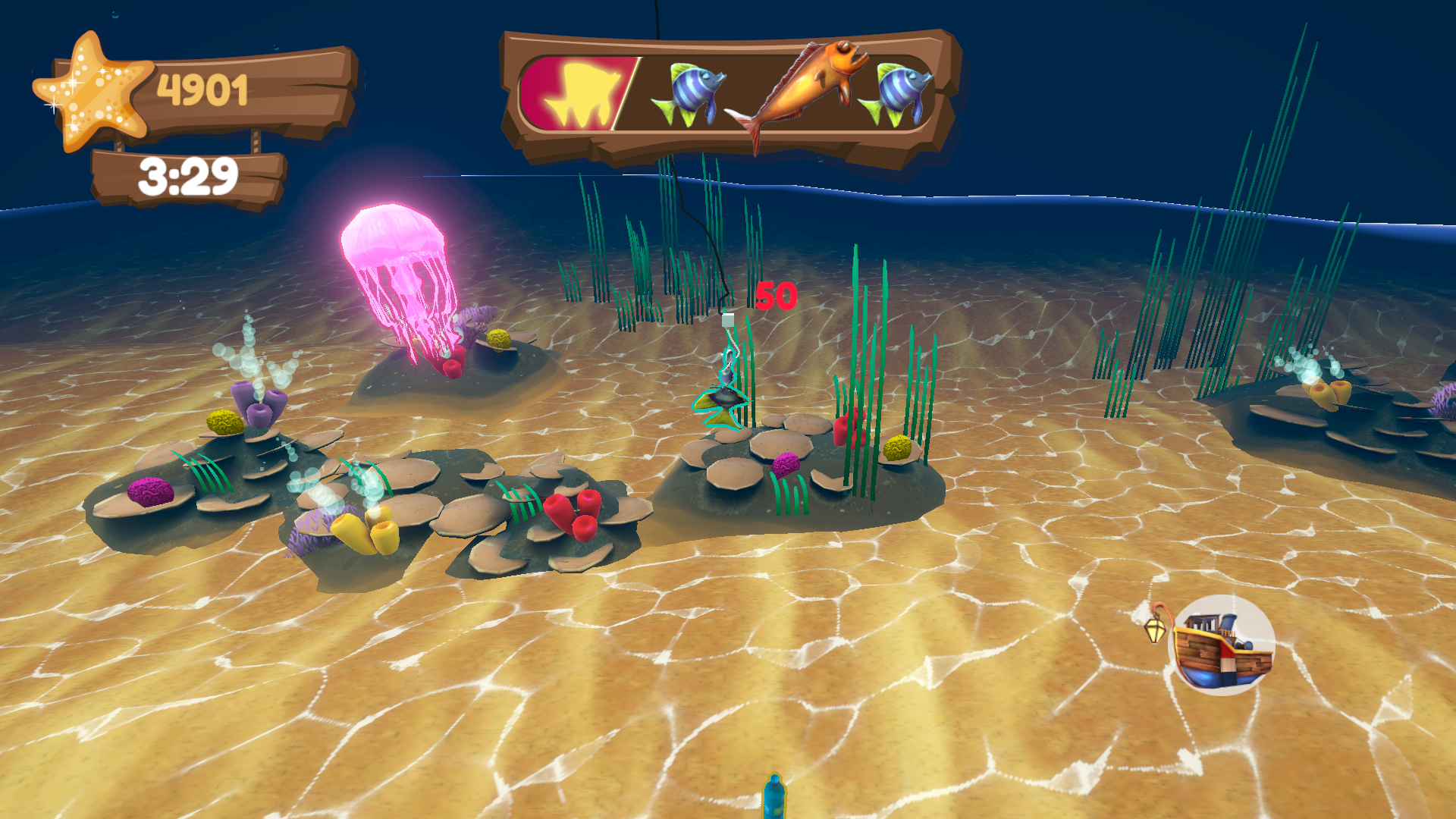 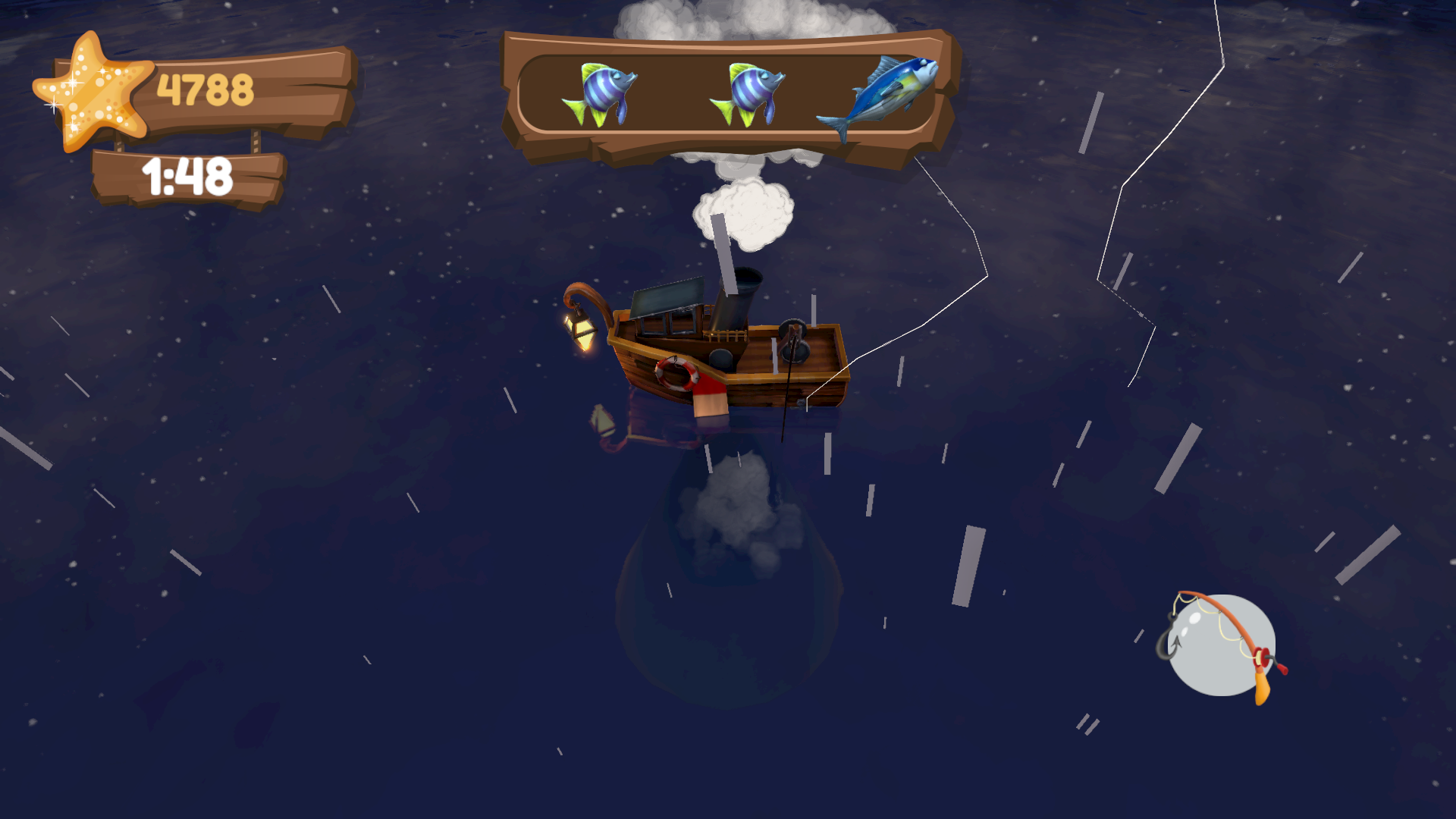 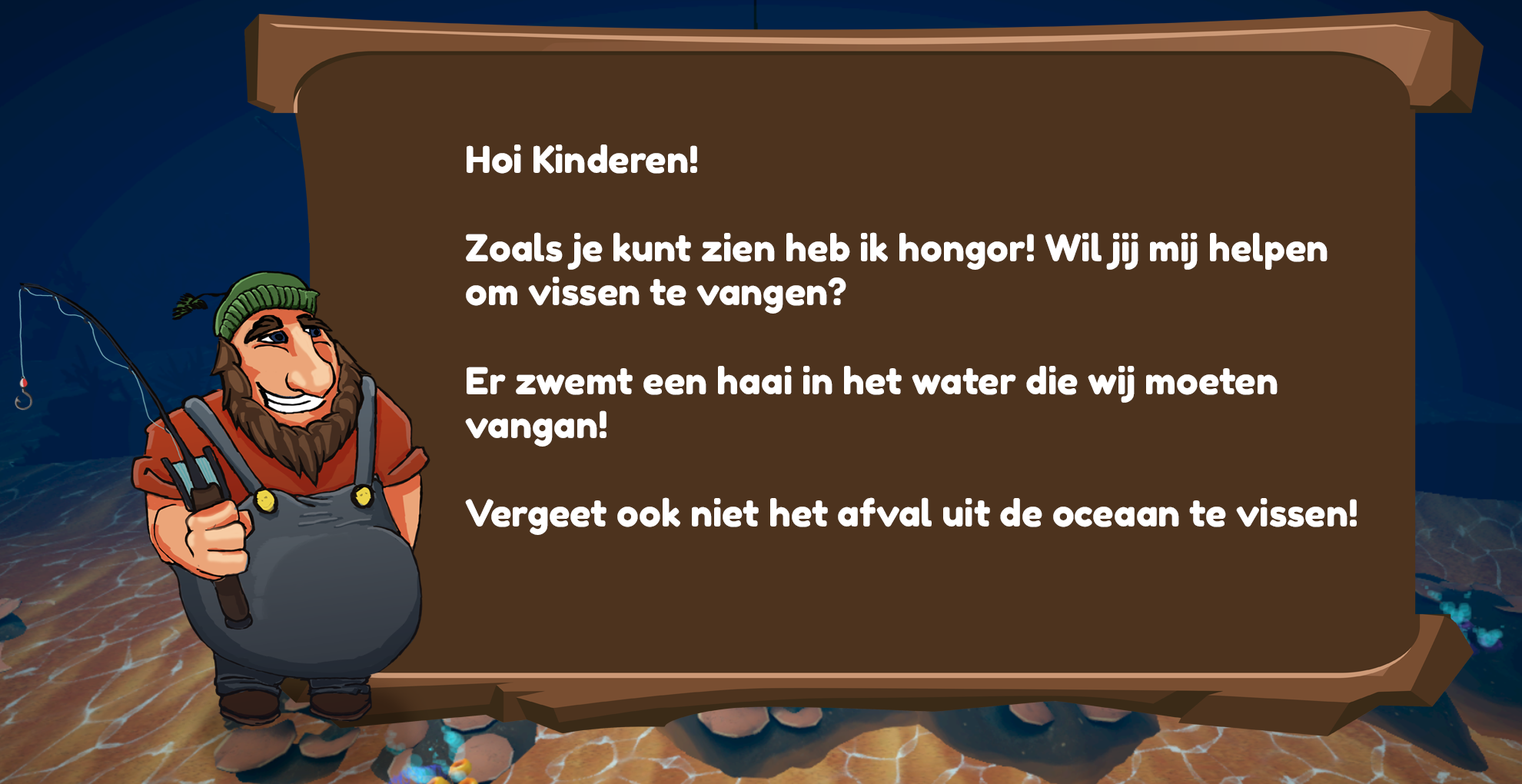 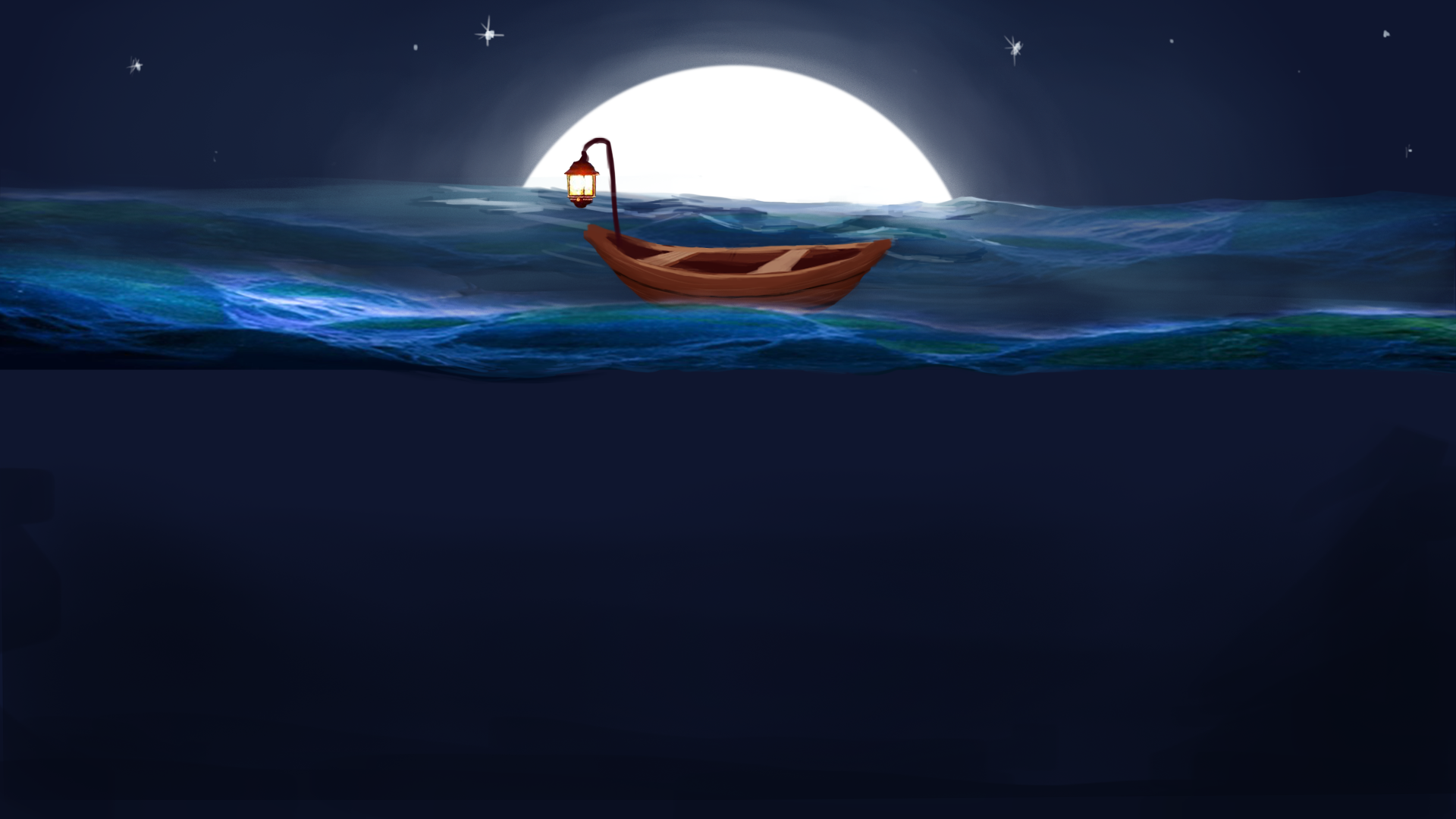 A game for the museum.

Hooked was made for the Oyfo Techniekmuseum in Hengelo, the Netherlands.

Restrictions defined its design: It sits installed on a museum floor on a single-finger, touchscreen console; with no output for sound; to be played by kids from the ages of six and up; who might speak any of three possible languages.

The player is given the role of a fisherman. In a simple and arcade-like manner they must attempt to catch as many fish as possible to top a high score leaderboard in short bursts of between 3–9 minutes. Finishing combos, clearing the ocean floor of garbage, and avoiding bobbing jellyfish are all auxiliary goals which will net extra score.

Every few minutes a shark patrols the sea. Catching the shark allows the player to move on to another stretch of ocean, extending their timer for another 3 minutes of play.


The fundamental theme of the project given by Oyfo was to be able to educate children in some manner about how Humans utilise waveforms to be able to detect what is not usually in the scope of their perception. To this end, Hooked largely revolves around the use of a stylised sonar wave being used to reveal any item with which the player may have an interaction.

Hooked also attempts to communicate almost entirely non-verbally with the player and comes pre-packaged with a full tutorial as well as three individual sections of ocean to play in.