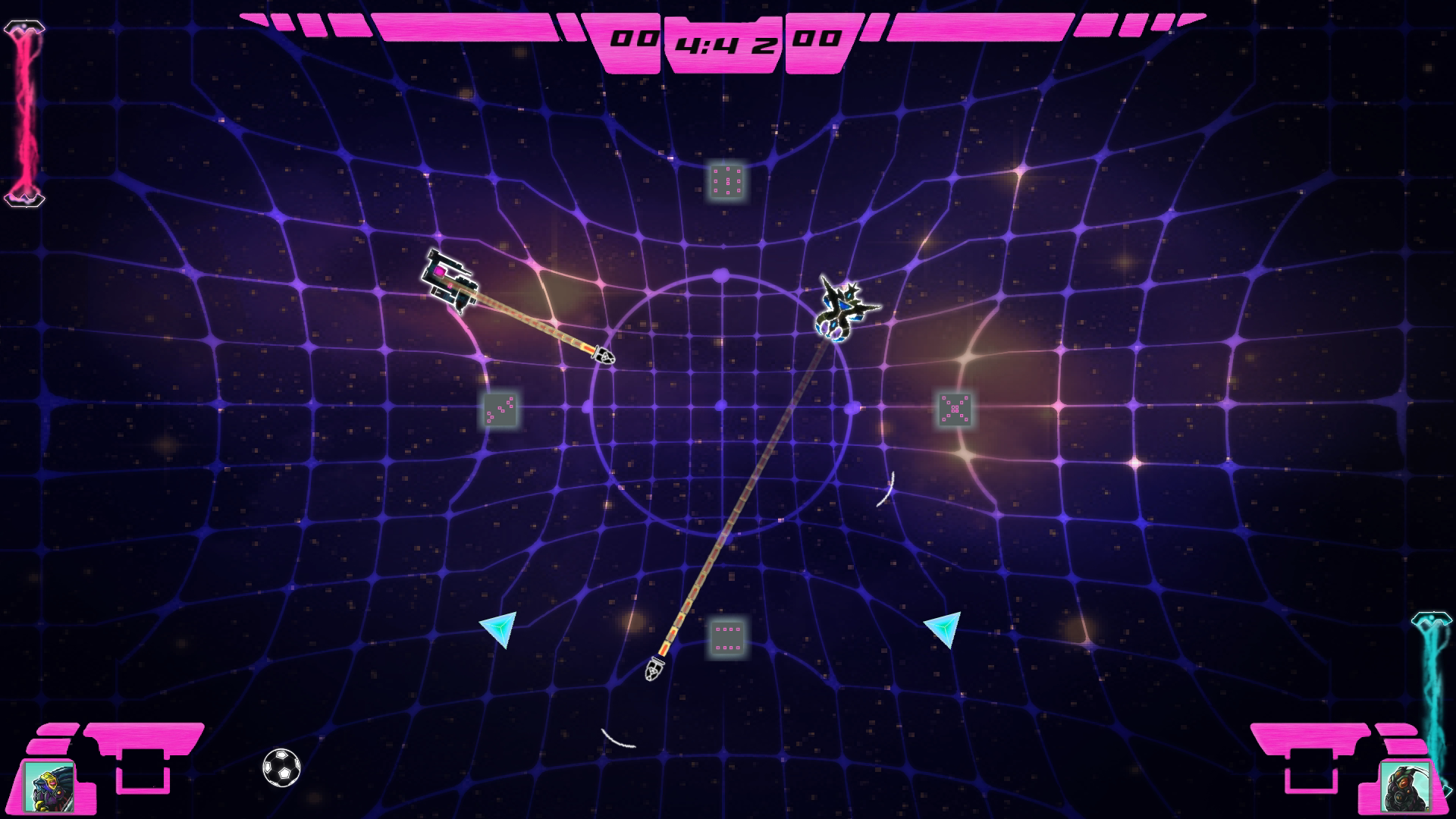 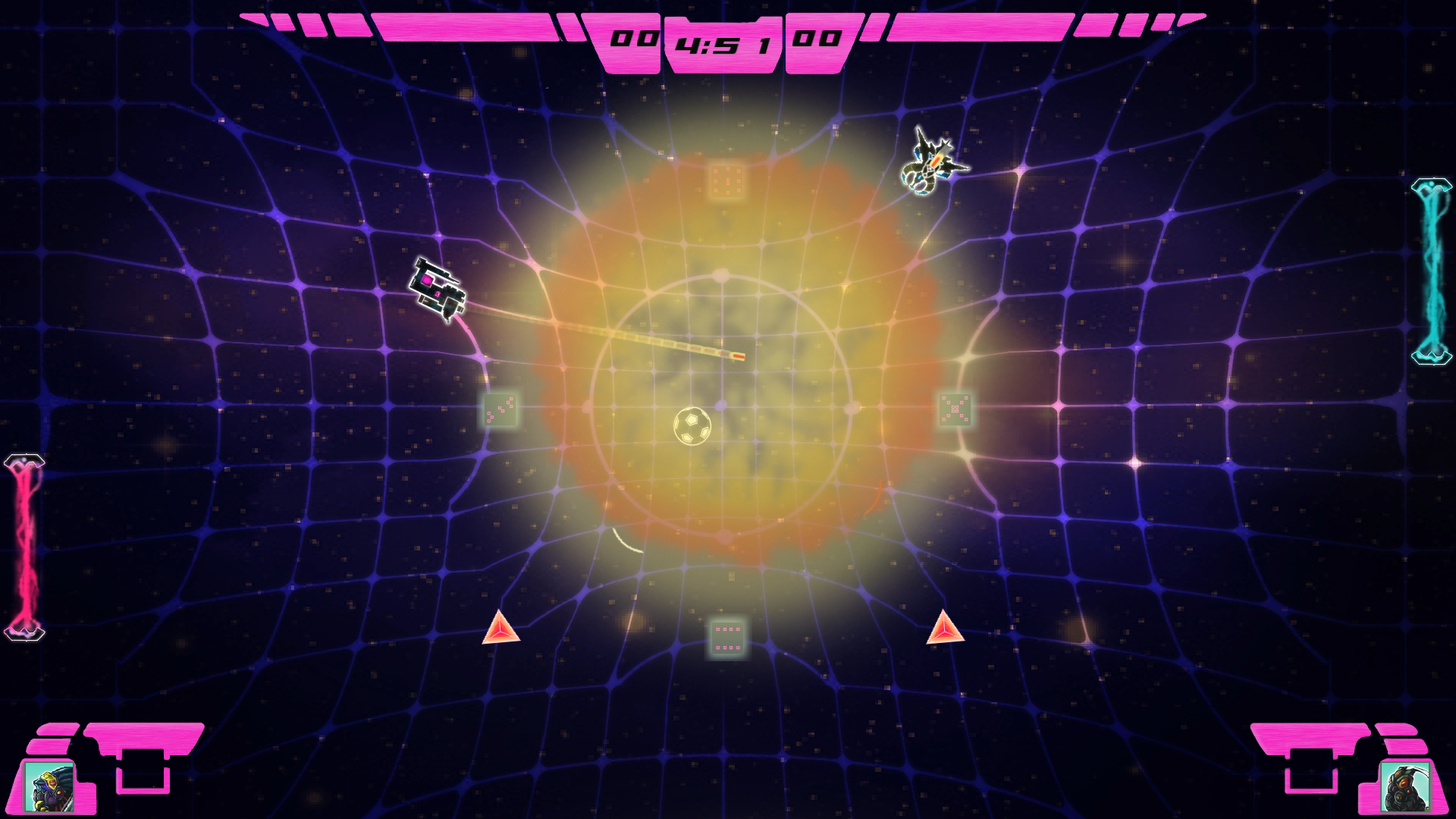 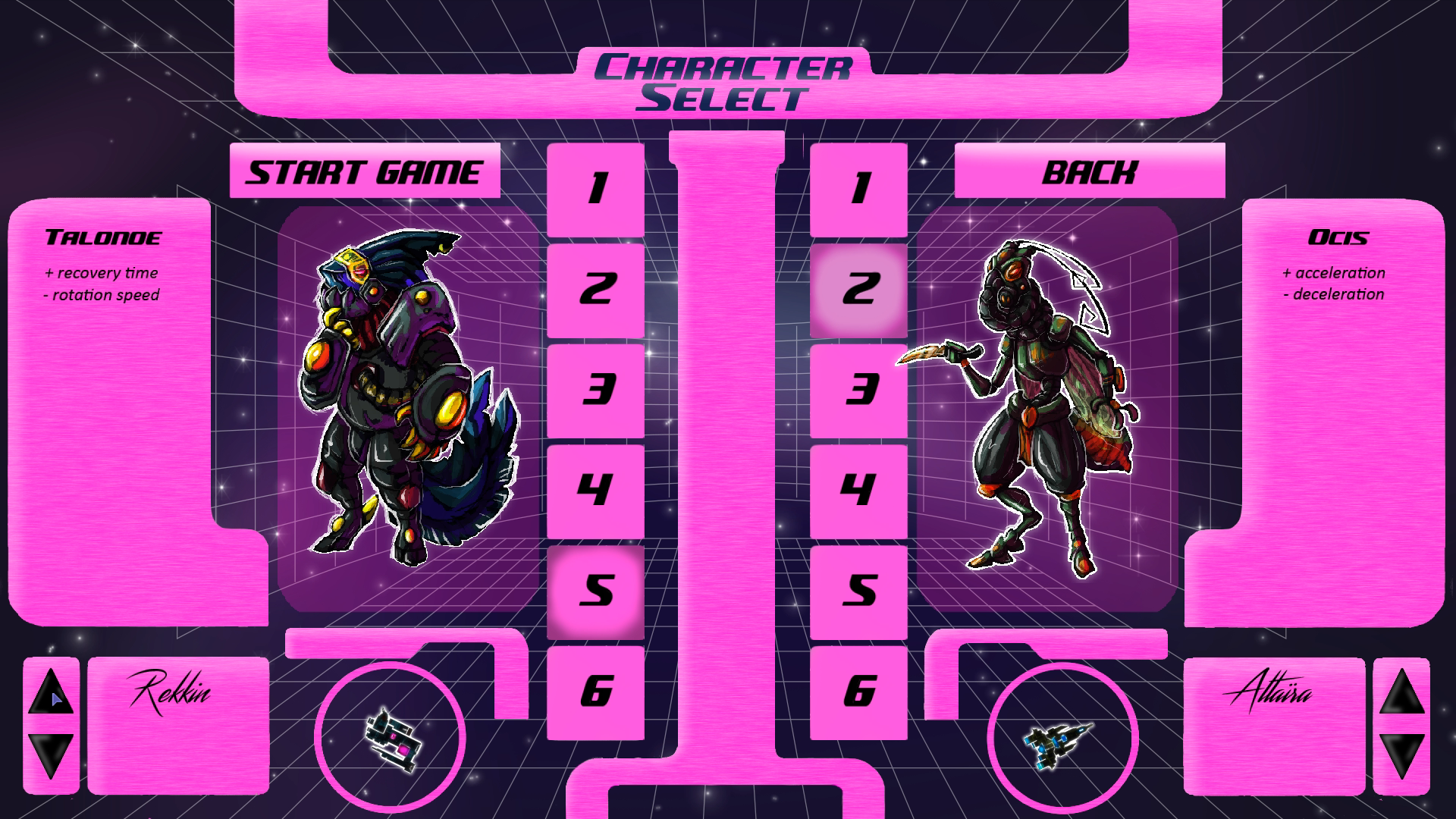 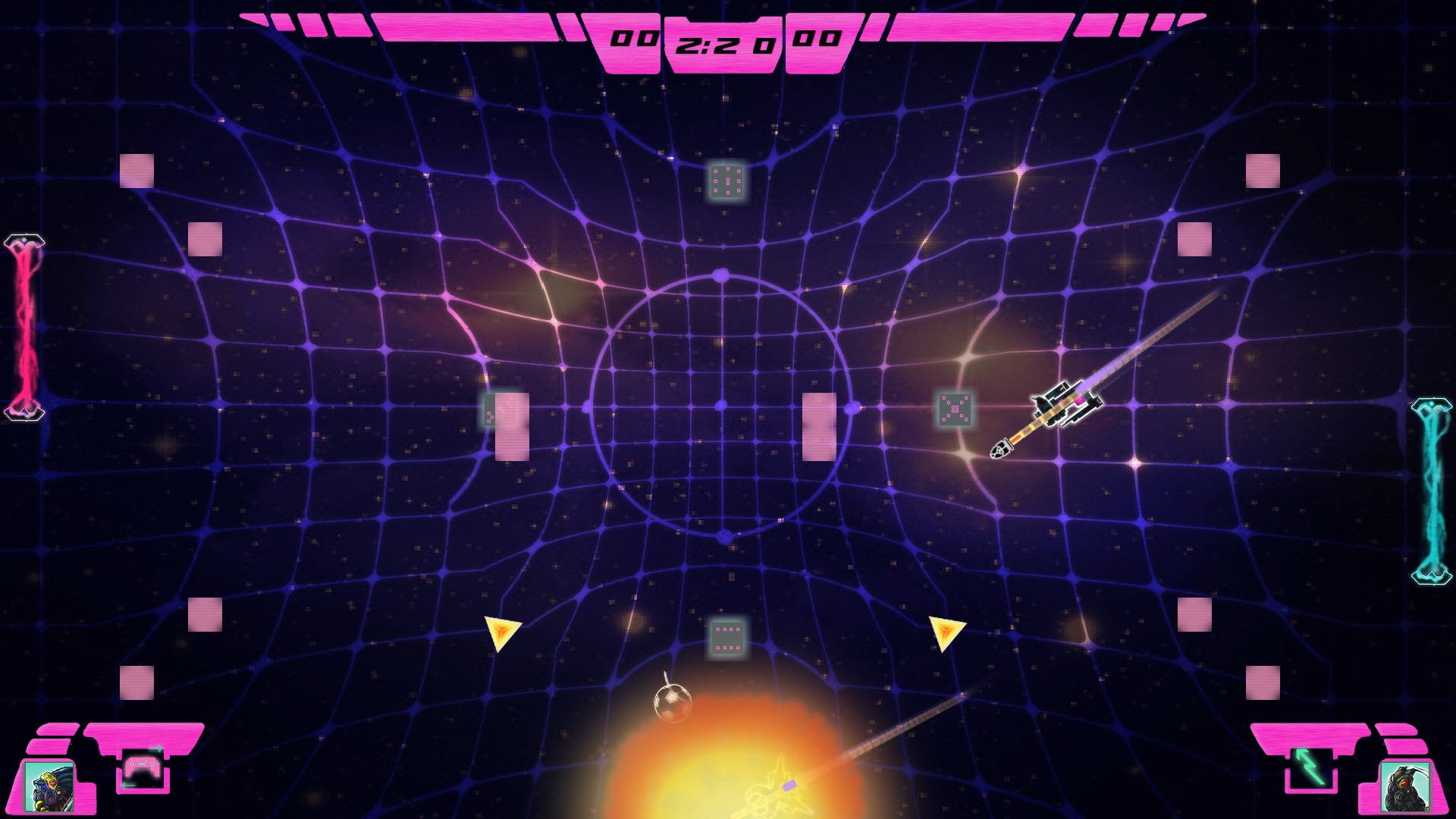 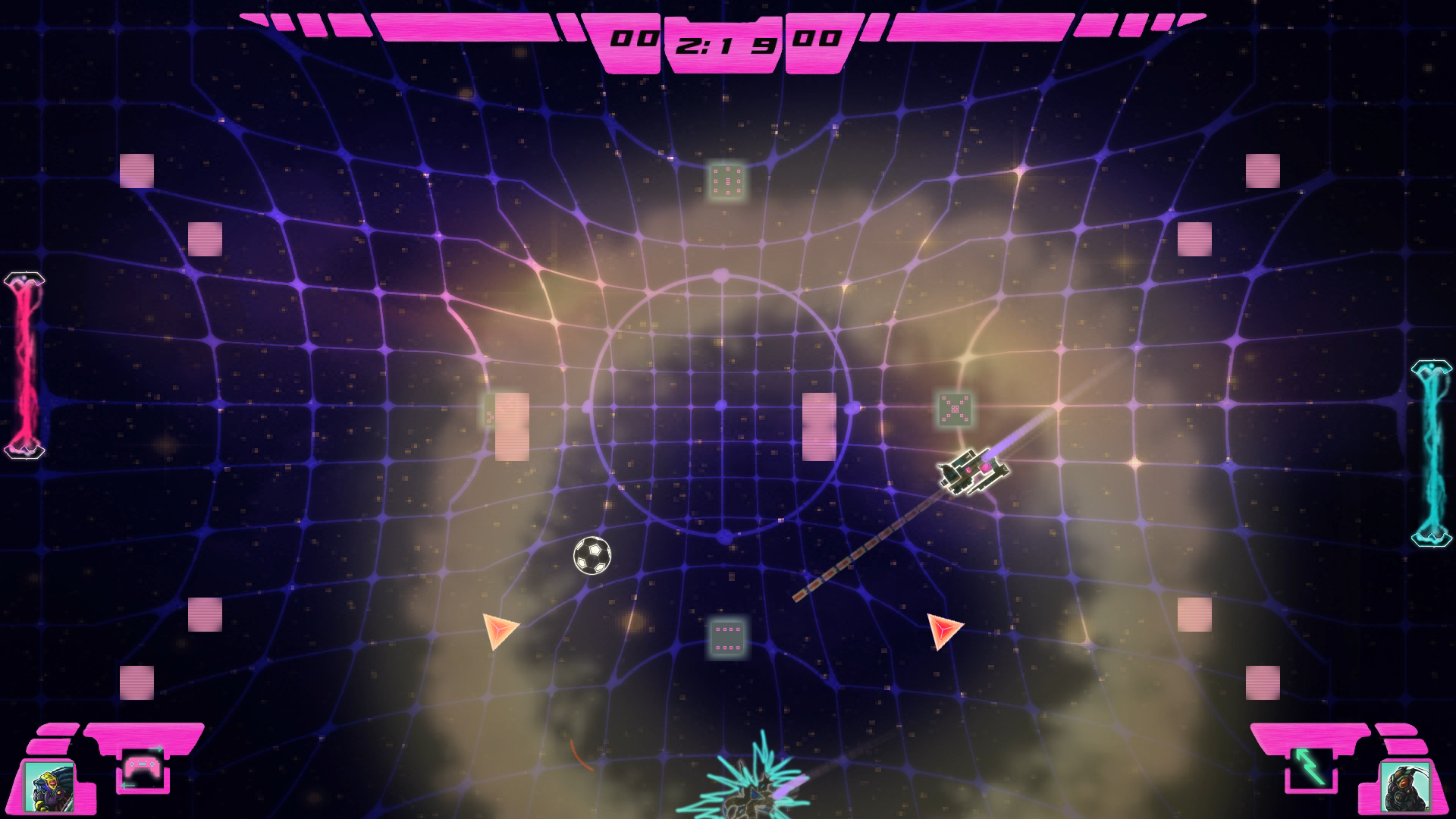 Rangers can pilot a variety of ships during their time in the arena: a place where they find themselves firing out detonatable nukes in order to use the shockwaves prouced to launch a ball into their opponent's goals. 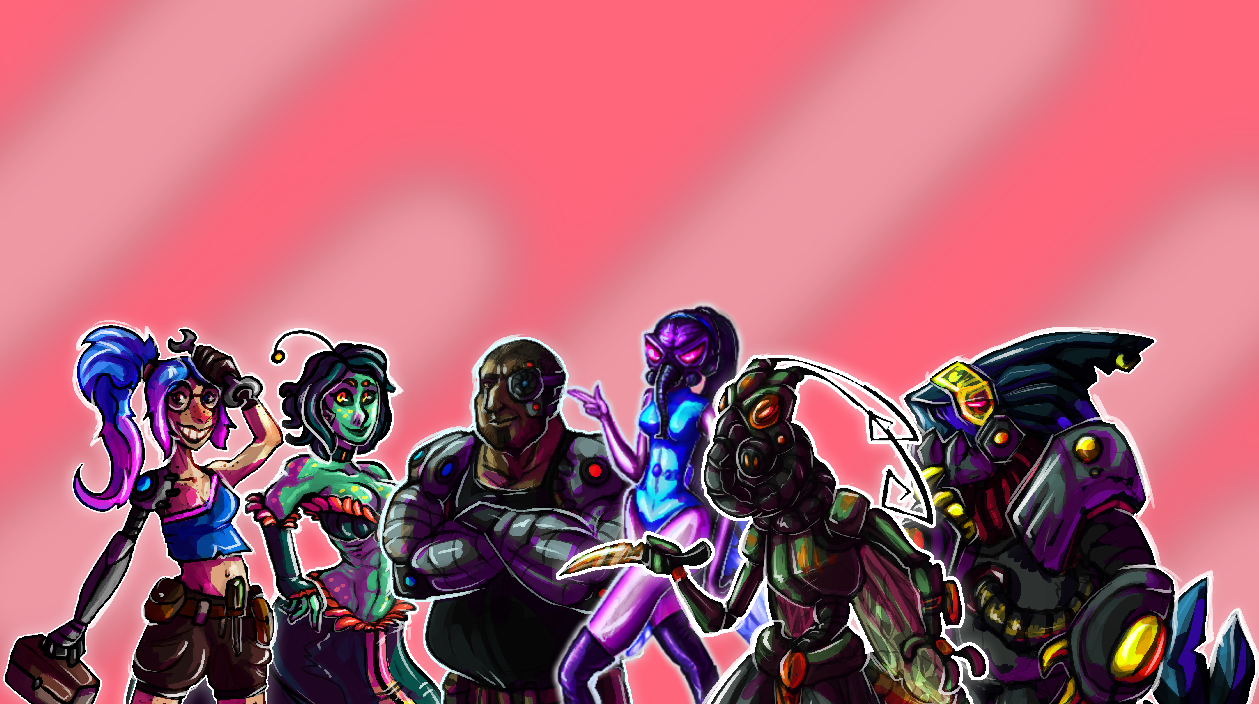 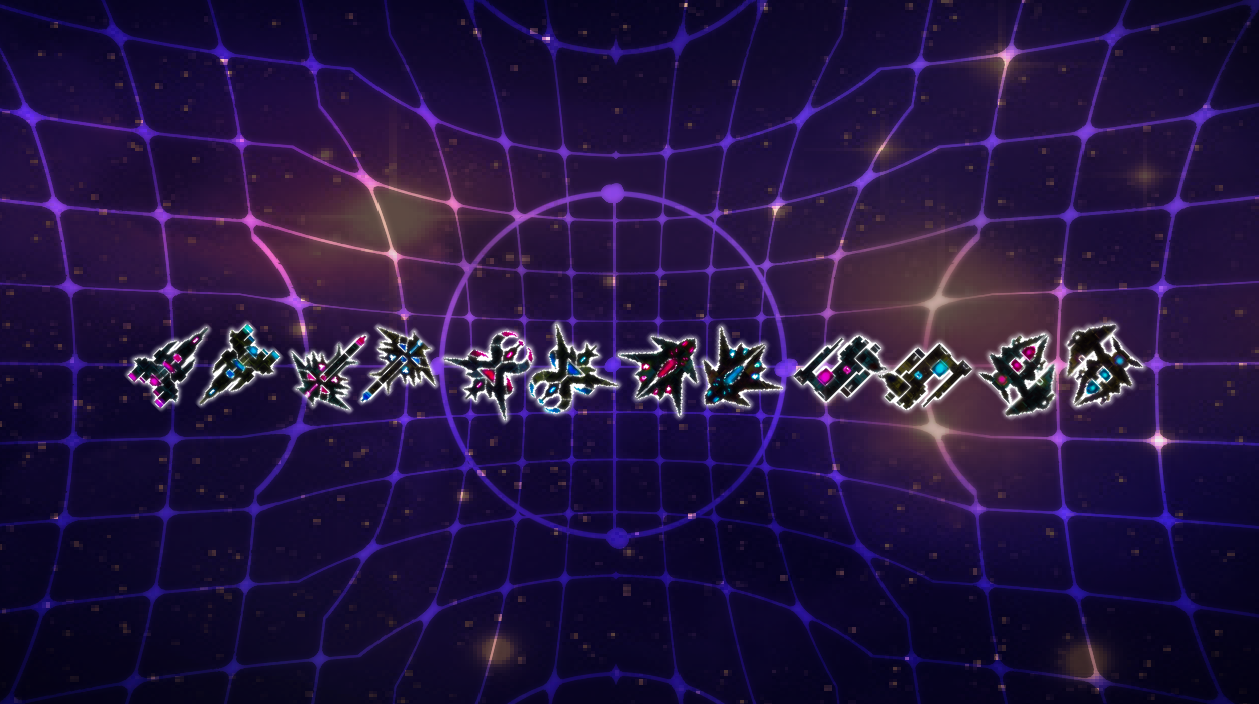 In the arena, it might be your Ranger bringing the skill, but your ship brings the style. Fix your flair with any of the six pilotable ships available: The Attaïra, Raumfalke, Rekkin, Carcará, El Tridente and Skyspear—Each named in one of the six unique languages our development team spoke.